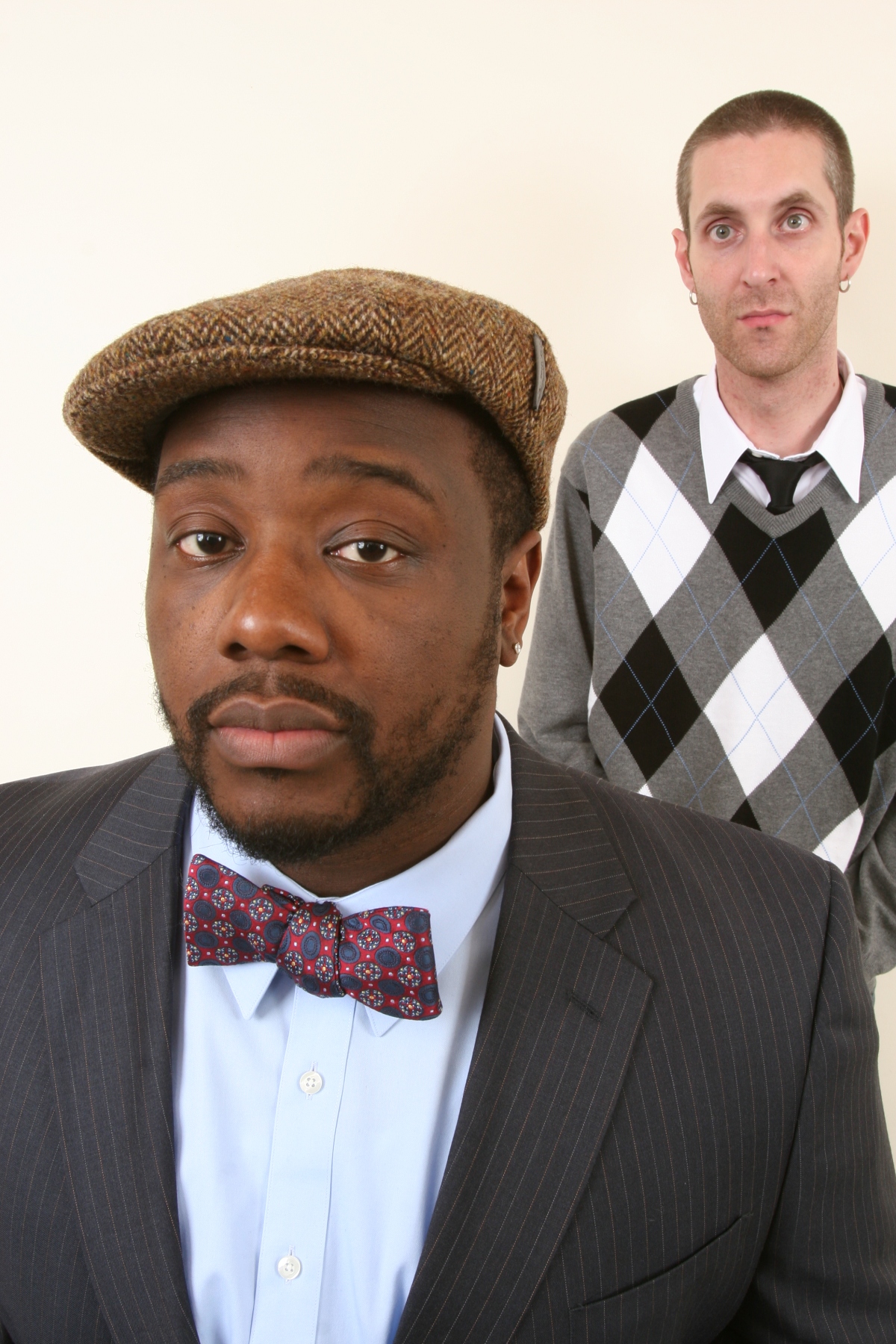 I recently had the chance to catch up with the Grammy Nominated THE FOREIGN EXCHANGE. The collective have been making waves in the music scene and are setting a tone for many more great albums to come. They shared their process behind the magic of putting together “Leave It All Behind” to Nicolay’s sojourn in Shibuya. (CONGRATULATIONS on the GRAMMY NOMINATION!!)

You guys are red hot and raising the bar. “Leave It All Behind” is in constant rotation in my mixes, the album is crazy nice (translation: its a really good record). What was the inspiration behind recording this album?

PHONTE: For me it was wanting to explore different kinds of music, doing something that I didn’t have a chance to do up until that point. I wanted to stretch out and try something new.

NICOLAY: We were on the same page, we didnt have a lotta ideas in the beginning but didnt want to do what we already did before. That was partly what the album was all about, kinda do something that we had not done before. Instead of starting a new chapter, we started writing a book.

The album is fun, tangible and its funky. How have you guys grown since the first release?

PHONTE: I try to focus more on my song writing. Writing songs with bridges, hooks and full fledge songs that stand well on their own, lyrically and melodically.

(To Nicolay) From a production stand point, I noticed you have strayed away from sampling for obvious reasons i’m sure. What’s your take on your approach as a producer then compared to now?

NICOLAY: I think you learn as you grow and by learning i dont mean just musically grow, but you learn everything behind the scenes. What I learned is that if you use samples and you are not finacially able to clear them, there is a lock on the music and you become limited to an “in the moment” type thing. We are trying to make music that is timeless, it is better to compose music that is 100% original. I also felt that I needed to creatively try something different, I reached whatever goal I had in the sampling arena. I wanted to try something new.

From what I gathered on “Leave It All Behind”, it appeals to Hip Hop fans but I also feel an approach to a new form of R&B being brewed, this album totally dispels the “R&B is dead” myth (which is a running joke amongst me and my peers)

PHONTE: When we sit at the piano and when I sit down to write in the studio, I’m not thinking of making any new type of R&B, etc. We’re just making music from our heart and it feels right.

Overall, Do you guys purposely stay away from titles, barriers and labels?

NICOLAY: I think as long you are trying to do something in the music industry, you can’t really get away from labeling music. People are going to expect you to slap a genre on it at the very least, especially with us running our own imprint we had to deal with situations like that. People think in terms of good and bad music, there is good music that comes in many different shapes and sizes, that’s what is important to me.

Who is responsible for the writing collective and putting the concepts together?

NICOLAY:Our method of working pretty much me starting with some ideas of sketches or work through tracks and send those to Phonte and them. At that point it becomes kinda under his control in the sense of song writing and collaborations with other artists. The whole song writing and vocal perspective is something that he’ll work on and i’ll get it back. In terms of concepts that we work with, it is normally Phonte that will come with stuff like that. In terms musically, we go back and fourth and find what’s the common ground between the two of us in terms of what we want to do in that’s why we kick it back and fourth like that.

How long did it take to put the album together?

NICOLAY: we started around the end of 06′, but we are not the type of people to really work on a project all the way through and that be the only thing. Its really an off and on type of thing, but overall it took about a year or two.

(To Nicolay) Shibuya is a beautiful album, with well crafted compositions. It seems like you were wide open on this album. What was your inspiration for this album and the title alone?

NICOLAY: In 06 I was lucky enough to visit Tokyo and Shibuya is the one of Tokyo’s areas, kind of the more hip trendy places. Roughly, the album is inspired of what I saw there and the overall feeling. The album is an ode to that experience and the people, the noises and vibes.

What is your experience with the international market and them receiving the material? There is so much great music in the states, how do you guys stand out and stay concistent?

PHONTE: It comes from the inner desire to want to do better and being a genuine fan of the music you create. That’s what keeps you going.

(To Phonte) How are you able to incorporate the duality of singing, writing and rapping?

PHONTE: I think its both sides of me that I enjoy doing, I dont really look at it as a rap career or singing career.

Radio is changing in this day in age, are you guys seeking to cater in the direction of radio play or are you guys satisfied with solid and concistent underground audience?

Im trying to be PC about it. (all laugh)

PHONTE: For me personally its about making the music I want to make and letting it connect with the people I enjoy. Thats it for me, radio has never supported our records for the years i’ve been in the game and we’ve been able to survive and thrive.

(To Nicolay) In your previous releases you had a very warm sound? What type of new toys you are using these days?

NICOLAY: Well on “Connected” I didnt have any equiptment, I did that mainly with a computer, keyboard, desk top speakers that came with it and a bass. I did the best that I could with what I had. I think with minimal means we are always able to do a lot, we sometimes jokingly say that are two tracks are no less better than people’s multi track.

Any future remixes or upcoming artists that you are grooming at the moment?

NICOLAY: Actually, i’ve been doing a lot of remixes lately. I just finished a remix for RJD2, his new record is coming out soon. I did a remix for Vikter Duplaix his new single “Electric Love”, I did a remix for Sy Smith. Phonte and myself are working on a number of projetcs but eventually The Foreign Exchage Music is now also our imprint. Which means we can put our strength behind some of the people we’ve been down with for a mintute. Zo! who plays in our live band is working on his full length album which is coming in the Summer of 2010. We’re working with Yazarah, who people know from the both Foreign Exchange albums as well as our tour. She’s dropping her album with us in Spring. Phonte is working on his solo album that will drop in the Fall, all in all we got a lot going on.

(To Phonte) What’s going on with Little Brother?

PHONTE: We got an EP that we will be dropping this year.

One thought on “In The Lab w/ THE FOREIGN EXCHANGE”